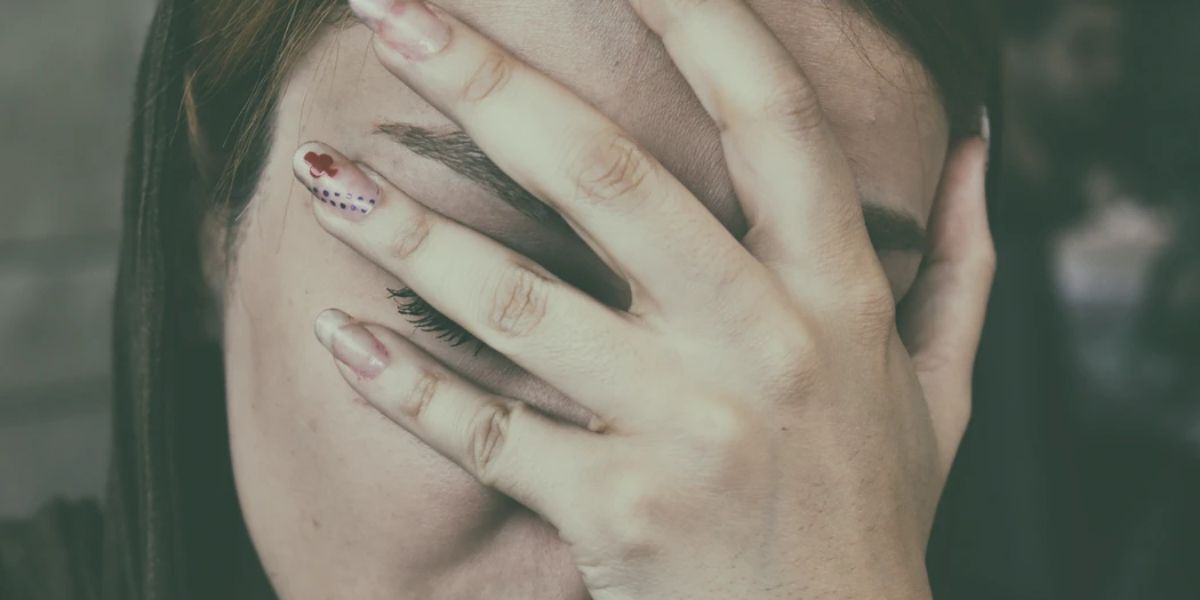 In my previous blog I explored the term ‘auto-immune’, what it means and why it might happen. In this blog I wanted to highlight some of the more common conditions. There are over 80 recognised auto-immune disorders, all with varying degrees of severity, all with complications, and all potentially life changing.

A little bit of a long read, but well worth it if you aren’t feeling quite right, not firing on all cylinders and/or interested in finding out more.

First up is Type 1 Diabetes. If you know me then you know that I have to manage living with this auto-immune disease.

High blood sugar results can lead to damage in the blood vessels, as well as organs like the heart, kidneys, eyes, and nerves.

Irritability and other mood changes

This is again something that I have to manage. Without medication I really struggle to walk. So to be able to do all that I am doing it’s a miracle and testament to how far medicine has come – netball, tennis, hockey, marathon training, home training 5 days a week etc.

In rheumatoid arthritis (RA), the immune system attacks the joints. This attack causes redness, warmth, soreness, and stiffness in the joints.

Unlike osteoarthritis, which commonly affects people as they get older, RA can start as early as your 30s or sooner.

Early symptoms of RA can include:

Decrease in range of motion

Believe it or not, I suffer with this also. I’m not known as the auto-immune queen for nothing!

Skin cells normally grow and then shed when they’re no longer needed. Psoriasis causes skin cells to multiply too quickly. The extra cells build up and form inflamed red patches, commonly with silver-white scales of plaque on the skin.

Up to 30 percent of people with psoriasis also develop swelling, stiffness, and pain in their joints. This form of the disease is called psoriatic arthritis.

Multiple sclerosis (MS) damages the myelin sheath, the protective coating that surrounds nerve cells, in your central nervous system. Damage to the myelin sheath slows the transmission speed of messages between your brain and spinal cord to and from the rest of your body.

This damage can lead to symptoms like numbness, weakness, balance issues, and trouble walking. The disease comes in several forms that progress at different rates.

Multiple sclerosis (MS) can cause a wide range of symptoms and affect any part of the body. Each person with the condition is affected differently.

The symptoms are unpredictable. Some people’s symptoms develop and worsen steadily over time, while for others they come and go.

Some of the most common symptoms include:

Problems with thinking, learning and planning depression and anxiety

Most people with MS only have a few of these symptoms.

Although doctors in the 1800s first described lupus as a skin disease because of the rash it commonly produces, the systemic form, which is most the common, actually affects many organs, including the joints, kidneys, brain, and heart.

Joint pain, fatigue, and rashes are among the most common symptoms.

IBD is a term used to describe conditions that cause inflammation in the lining of the intestinal wall. Each type of IBD affects a different part of the GI tract.

Crohn’s disease can inflame any part of the GI tract, from the mouth to the anus.

Ulcerative colitis affects only the lining of the large intestine (colon) and rectum.

The symptoms of IBD include:

Pain, cramps or swelling in the tummy

Not everyone has all of these symptoms, and some people may have extra symptoms, including a high temperature, being sick (vomiting) and anaemia.

The symptoms of IBD can come and go. There may be times when the symptoms are severe (a flare-up), followed by long periods when there are few or no symptoms at all (remission).

Addison’s Disease affects the adrenal glands, which produce the hormones cortisol and aldosterone as well as androgen hormones. Having too little of cortisol can affect the way the body uses and stores carbohydrates and sugar (glucose). Deficiency of aldosterone will lead to sodium loss and excess potassium in the bloodstream.

Graves’ disease attacks the thyroid gland in the neck, causing it to produce too much of its hormones. Thyroid hormones control the body’s energy usage, known as metabolism.

Having too much of these hormones revs up your body’s activities, causing symptoms like nervousness, a fast heartbeat, heat intolerance, and weight loss.

One potential symptom of this disease is bulging eyes, called exophthalmos. It can occur as a part of what is called Graves’ ophthalmopathy, which occurs in around 30 percent of those who have Graves’ disease, according to a 1993 study.

Sjögren’s Syndrome attacks the glands that provide lubrication to the eyes and mouth. The hallmark symptoms of Sjögren’ syndrome are dry eyes and dry mouth, but it may also affect the joints or skin.

It usually starts in people aged 40 to 60 and is much more common in women than men.

It’s a long-term condition that can affect your daily life, but there are treatments to help relieve the symptoms.

In Hashimoto’s thyroiditis, thyroid hormone production slows to a deficiency.

As the thyroid is destroyed over time, it’s unable to produce enough thyroid hormone. This leads to symptoms of an underactive thyroid gland (hypothyroidism), such as tiredness, weight gain and dry skin.

The swollen thyroid may also cause a goitre (lump) to form in your throat.

It may take months or even years for the condition to be detected because it progresses very slowly.

It’s not understood what causes the immune system to attack the thyroid gland. Hashimoto’s thyroiditis is much more common in women than men. Symptoms usually first start between the ages of 30 to 50 and the condition sometimes runs in families.

It most commonly affects the muscles that control the eyes and eyelids, facial expressions, chewing, swallowing and speaking. But it can affect most parts of the body.

It can affect people of any age, typically starting in women under 40 and men over 60.

Common symptoms of myasthenia gravis include:

The symptoms tend to get worse when you’re tired. Many people find they’re worse towards the end of the day, and better the next morning after getting some sleep.

Autoimmune vasculitis is the name given to a group of diseases that are characterized by damaged and inflamed blood vessels.

Vasculitis primarily occurs because of an autoimmune reaction, which causes the body to attack its own blood vessels with white blood cells. This leads to inflammation and weaker cell walls and eventually compromises the vessel, preventing adequate blood flow.

Many of the symptoms of autoimmune vasculitis are caused by restricted blood flow to the organs because of weaker blood vessels.

Common symptoms include fever, weakness and aches, which are often accompanied by organ-specific symptoms, depending on which organs are affected.

Without enough vitamin B12, your red blood cells don’t divide normally and are too large. They may have trouble getting out of the bone marrow—a sponge-like tissue inside the bones where blood cells are made.

Without enough red blood cells to carry oxygen to your body, you may feel tired and weak. Severe or long-lasting pernicious anemia can damage the heart, brain, and other organs in the body.

Without enough red blood cells to carry oxygen to your body, you may feel tired and weak. Severe or long-lasting pernicious anaemia can damage the heart, brain, and other organs in the body may be at higher risk for weakened bone strength and stomach cancer.

Coeliac disease is a condition where your immune system attacks your own tissues when you eat gluten. This damages your gut (small intestine) so you are unable to take in nutrients.

Coeliac disease can cause a range of symptoms, including diarrhoea, abdominal pain and bloating.

Coeliac disease is caused by an adverse reaction to gluten, which is a dietary protein found in 3 types of cereal:

Gluten is found in any food that contains those cereals, including:

most types of bread

In addition, most beers are made from barley.

Coeliac disease can also cause more general symptoms, including:

Children with coeliac disease may not grow at the expected rate and may have delayed puberty.

There’s no cure for coeliac disease, but following a gluten-free diet should help control symptoms and prevent the long-term complications of the condition.

Even if you have mild symptoms, changing your diet is still recommended because continuing to eat gluten can lead to serious complications. This may also be the case if tests show that you have some degree of coeliac disease even if you do not have noticeable symptoms.

It’s important to ensure that your gluten-free diet is healthy and balanced.

An increase in the range of available gluten-free foods in recent years has made it possible to eat both a healthy and varied gluten-free diet.

If you are concerned that you are experiencing any of these symptoms, or you feel that you ‘just aren’t right’ then I strongly urge you to visit the GP and request for further investigation. In most cases, the earlier you can get a diagnosis, the best chance of managing the condition, minimising the risk of complications and leading a fulfilling and active lifestyle.

Find me on my favourite hangout spots where you will find lots of valuable content and you can contact me directly.

We use cookies on our website to give you the most relevant experience by remembering your preferences and repeat visits. By clicking “Accept”, you consent to the use of ALL the cookies.
Cookie settingsACCEPT
Manage consent

This website uses cookies to improve your experience while you navigate through the website. Out of these, the cookies that are categorized as necessary are stored on your browser as they are essential for the working of basic functionalities of the website. We also use third-party cookies that help us analyze and understand how you use this website. These cookies will be stored in your browser only with your consent. You also have the option to opt-out of these cookies. But opting out of some of these cookies may affect your browsing experience.
Necessary Always Enabled
Necessary cookies are absolutely essential for the website to function properly. These cookies ensure basic functionalities and security features of the website, anonymously.
Functional
Functional cookies help to perform certain functionalities like sharing the content of the website on social media platforms, collect feedbacks, and other third-party features.
Performance
Performance cookies are used to understand and analyze the key performance indexes of the website which helps in delivering a better user experience for the visitors.
Analytics
Analytical cookies are used to understand how visitors interact with the website. These cookies help provide information on metrics the number of visitors, bounce rate, traffic source, etc.
Advertisement
Advertisement cookies are used to provide visitors with relevant ads and marketing campaigns. These cookies track visitors across websites and collect information to provide customized ads.
Others
Other uncategorized cookies are those that are being analyzed and have not been classified into a category as yet.
SAVE & ACCEPT
Powered by